WHERE IS THE DIVERSITY IN THE GRAMMYS?

WHERE IS THE DIVERSITY IN THE GRAMMYS? 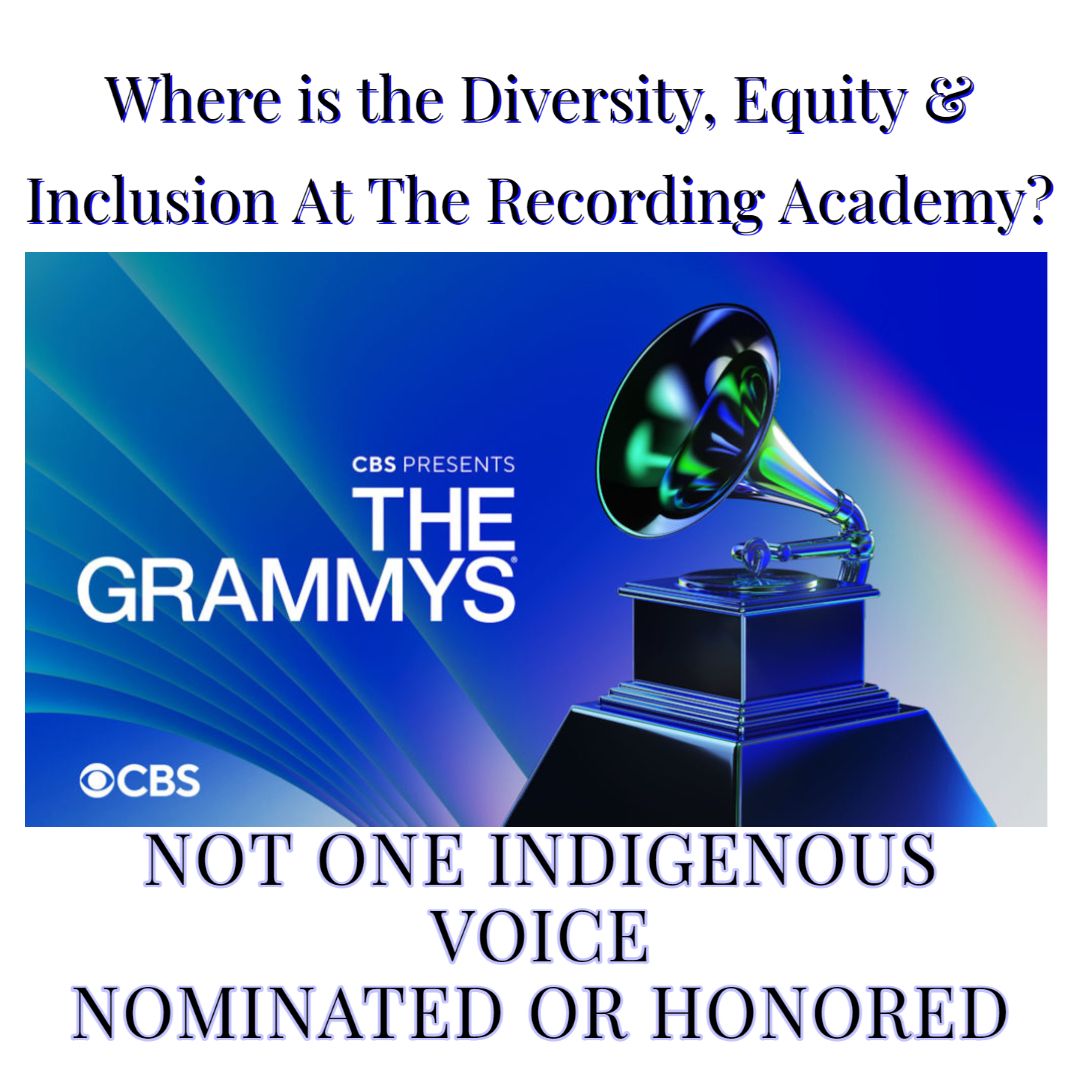 NOT ONE Indigenous voice was nominated or honored this year in the #Grammys2022. Numerous Native American music recordings were entered for the 2022 GRAMMYS, but they all vanished by the time the nominations were announced. Adding insult to injury, Music Matriarch Joanne Shenandoah who recently passed away and worked with many Grammy award winning artists as well as was awarded herself, was absent from their broadcast program. The Recording Academy was well aware Joanne passed and could have memorialized her. Instead, they were considering adding Mardi Gras Indians for their opening performance. Neither occurred. At least the Oscars acknowledged the recent passing of Saginaw Grant in their broadcast program last week.

The Indigenous Voice and Perspective is needed now more than ever in our world. And Native American music was here first and existed long before the Recording Academy. They just don’t want to acknowledge it.

What About The GRAMMY Taskforce? Shortly after the Task Force began meeting, there was an apparent awareness that in order to address disparities in the voting membership in time to impact the upcoming awards cycle. Apparently, the Task Force worked with the Academy to conduct an extraordinary outreach initiative aimed at recruiting and bringing in as many underrepresented, qualified creators as possible in order to help diversify the voting body in advance of the 61st GRAMMY Awards telecast. The initiative resulted in the Academy inviting over 900 underrepresented artists, nearly 200 of whom joined the Academy.  Were you invited?

In 2012, since the Regional Roots category was created, not one Native American Music Album has won. Only Kalani Pe’a, who now has three GRAMMYS, has been recognized for his Hawaiian music entered in the Regional Roots music category. This year, not one Native American artist was nominated. So much for their Diversity Inclusion and the GRAMMY Task Force.

The Best Native American Music Album  award remained unchanged between 2001 and 2011. According to the category description guide for the 52nd Grammy Awards, the award was presented to "vocal or instrumental Native American music albums containing at least 51% playing time of newly recorded music", with the intent to honor recordings of a more "traditional nature.". As performing artists, Bill Miller and Mary Youngblood share the record for the most wins in this category, with two each. Thomas Wasinger holds the record for the most wins as a producer, with three. The group Black Lodge Singers holds the record for the most nominations without a win, with seven nominations.

Mary Youngblood, Beneath The Raven Moon

Mary Youngblood, Dance With The Wind