Thank you for your support! We are currently in the midst of our first round of voting to select our nominees. Nominees will be announced in the first week of January 2022. Stay posted for upcoming information! Happy National Native American Heritage Month!

IN LOVING MEMORY OF JOANNE SHENANDOAH

Press Play to listen to Joanne 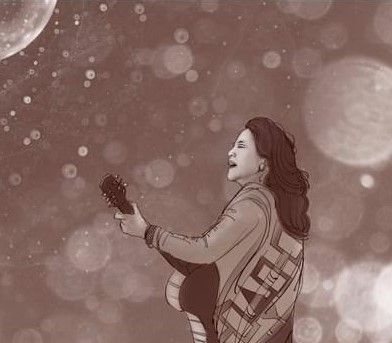 THE MOST HONORED AND CELEBRATED MUSIC MATRIARCH

It is with deep sorrow and profound sadness that the Native American Music Awards & Association (NAMA) share in the outpouring of grief of our beloved friend, Lifetime Achievement honoree, and 14 time Award winner, Joanne Shenandoah, following the announcement of her passing.

On Monday, November 22nd approaching midnight EST,  Joanne Shenandaoh died at the Mayo Clinic in Scottsdale, Arizona following complications of abdominal bleeding and suffering a cardiac arrest. She was surrounded by her husband, Doug George-Kanentiio and daughter Leah.

A member of the Wolf Clan of the Oneida Nation, of the Haudenosaunee Six Nations Iroquois Confederacy, Joanne Shenandoah was the most critically acclaimed and honored Native American singer since her debut recording in 1989 with, Joanne Shenandoah. She went on to record a total of 15 albums with numerous more collaborations. She has won a multitude of awards, including 14 Native American Music Awards, the most ever awarded to a singular artist, and a GRAMMY for her contribution on Sacred Ground: A Tribute to Mother Earth. She has earned two Grammy nominations for her albums, “Covenant” and “Peacemaker’s Journey”,  an Emmy nomination for the PBS special “Native America,” was inducted into the Syracuse Area Hall of Fame, and received an Honorary Doctorate of Music from Syracuse University in 2002. She was also an original board member of the Hiawatha Institute for Indigenous Knowledge, which operates in partnership with Syracuse University.

Over her five decade plus career, whether performing solo or with her musical trio featuring her daughter Leah and sister Diane, Joanne has graced the stages at; The White House, Carnegie Hall, Presidential Inaugurations, Madison Square Garden, The Smithsonian, Woodstock ’94 and participated in the celebration of the canonization of Kateri Tekakwitha, the first Roman Catholic Native American saint in Rome, Italy. As a humanitarian and peace advocate, Joanne met and performed for such noted leaders such as his Holiness the Dali Lama, and Nelson Mandela.

Joanne’s beautiful embellishing voice, strong Iroquois traditions, unequivocal elegance and courteous grace made her a prominent role model and highly respected musical Matriarch among Native American communities as well as the mainstream music community at large. She sang with deep roots from her ancestors and flawlessly incorporated her oral traditions into contemporary Folk, Country and Americana formats. She captured the hearts of audiences all over the world and always took time to encourage and inspire younger musicians in her travels. She made an incredible impact on this earth and has paved paths for so many.  The Native American Music Awards will continue to best ensure and preserve her legacy.  She will be greatly missed.

We invite artists to please share your photos and comments to NativeMusicAwards@gmail.com for a future memorial posting.

Visit our photo gallery of Joanne's life in pictures at: https://nativeamericanmusicawards.com/galleries/896190/in-loving-memory-of-joanne-shenandoah-1958-2021 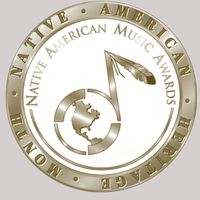 Plus Watch Our Award Winning Videos